A Malay trading port known as Temasek existed on the island of Singapore by the 14th century. The settlement changed hands several times in the ensuing centuries and was eventually burned in the 17th century and fell into obscurity. The British founded modern Singapore as a trading colony on the site in 1819. It joined the Malaysian Federation in 1963 but was ousted two years later and became independent. Singapore subsequently became one of the world's most prosperous countries with strong international trading links (its port is one of the world's busiest in terms of tonnage handled) and with per capita GDP equal to that of the leading nations of Western Europe.

slightly more than 3.5 times the size of Washington, DC

focal point for Southeast Asian sea routes; consists of about 60 islands, by far the largest of which is Pulau Ujong; land reclamation has removed many former islands and created a number of new ones 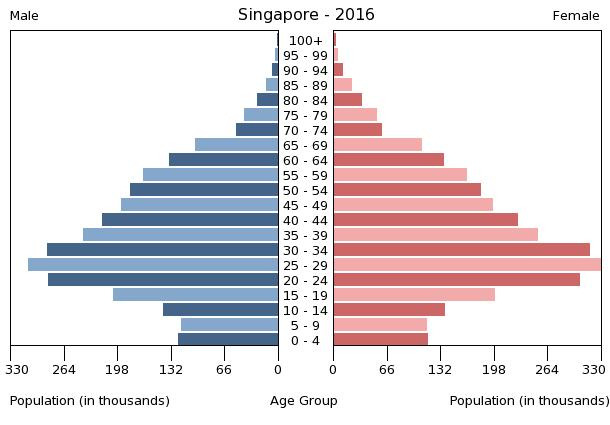 history: several previous; latest adopted 22 December 1965
amendments: proposed by Parliament; passage requires two-thirds majority vote in the second and third readings by the elected Parliament membership and assent of the president of the republic; passage of amendments affecting sovereignty or control of the Police Force or the Armed Forces requires at least two-thirds majority vote in a referendum; amended many times, last in 2016 (2018)

has not submitted an ICJ jurisdiction declaration; non-party state to the ICC (2019)

citizenship by birth: no
citizenship by descent only: at least one parent must be a citizen of Singapore
dual citizenship recognized: no
residency requirement for naturalization: 10 years

21 years of age; universal and compulsory

description: unicameral Parliament (101 seats; 89 members directly elected by popular vote, up to 9 nominated by a parliamentary selection committee and appointed by the president, and up to 9 but currently 3 non-constituency members from opposition parties to ensure political diversity; members serve 5-year terms); note - the number of nominated members will increase to 12 for the next election (2019)
elections: last held on 11 September 2015 (next must be held by 15 April 2021)
election results: percent of vote by party - PAP 69.9%, WP 12.5%, other 17.6%; seats by party - PAP 83, WP 6; composition - men 77, women 24, percent of women 23.8%

highest courts: Supreme Court (although the number of judges varies - as of April 2019, the court totaled 20 judges, 7 judicial commissioners, 4 judges of appeal, and 16 international judges); the court is organized into an upper tier Appeal Court and a lower tier High Court
judge selection and term of office: judges appointed by the president from candidates recommended by the prime minister after consultation with the chief justice; judges usually serve until retirement at age 65, but terms can be extended
subordinate courts: district, magistrates', juvenile, family, community, and coroners' courts; small claims tribunals; employment claims tribunals

two equal horizontal bands of red (top) and white; near the hoist side of the red band, there is a vertical, white crescent (closed portion is toward the hoist side) partially enclosing five white five-pointed stars arranged in a circle; red denotes brotherhood and equality; white signifies purity and virtue; the waxing crescent moon symbolizes a young nation on the ascendancy; the five stars represent the nation's ideals of democracy, peace, progress, justice, and equality

Singapore has a highly developed and successful free-market economy. It enjoys an open and corruption-free environment, stable prices, and a per capita GDP higher than that of most developed countries. Unemployment is very low. The economy depends heavily on exports, particularly of electronics, petroleum products, chemicals, medical and optical devices, pharmaceuticals, and on Singapore’s vibrant transportation, business, and financial services sectors.The economy contracted 0.6% in 2009 as a result of the global financial crisis, but has continued to grow since 2010. Growth from 2012-2017 was slower than during the previous decade, a result of slowing structural growth - as Singapore reached high-income levels - and soft global demand for exports. Growth recovered to 3.6% in 2017 with a strengthening global economy.The government is attempting to restructure Singapore’s economy to reduce its dependence on foreign labor, raise productivity growth, and increase wages amid slowing labor force growth and an aging population. Singapore has attracted major investments in advanced manufacturing, pharmaceuticals, and medical technology production and will continue efforts to strengthen its position as Southeast Asia's leading financial and technology hub. Singapore is a signatory of the Comprehensive and Progressive Agreement for Trans-Pacific Partnership (CPTPP), and a party to the Regional Comprehensive Economic Partnership (RCEP) negotiations with nine other ASEAN members plus Australia, China, India, Japan, South Korea, and New Zealand. In 2015, Singapore formed, with the other ASEAN members, the ASEAN Economic Community.

111.1% of GDP (2017 est.)
106.8% of GDP (2016 est.)
note: Singapore's public debt consists largely of Singapore Government Securities (SGS) issued to assist the Central Provident Fund (CPF), which administers Singapore's defined contribution pension fund; special issues of SGS are held by the CPF, and are non-tradable; the government has not borrowed to finance deficit expenditures since the 1980s; Singapore has no external public debt
country comparison to the world: 11

machinery and equipment (including electronics and telecommunications), pharmaceuticals and other chemicals, refined petroleum products, foodstuffs and beverages

the International Maritime Bureau reports the territorial and offshore waters in the South China Sea as high risk for piracy and armed robbery against ships; numerous commercial vessels have been attacked and hijacked both at anchor and while underway; hijacked vessels are often disguised and cargo diverted to ports in East Asia; crews have been murdered or cast adrift; the Singapore Straits saw three attacks against commercial vessels in 2018, a slight decrease from the four attacks in 2017 (2018)

Islamic State of Iraq and ash-Sham (ISIS) network in Singapore: aim(s): enhance its networks in Singapore; implement ISIS's strict interpretation of sharia
area(s) of operation: attacks in Bangladesh are staged in Singapore; operates under the name the Islamic State in Bangladesh (2018)
Jemaah Islamiyah (JI): aim(s): enhance its networks in Singapore and, ultimately, overthrow the Singapore Government and establish a pan-Islamic state across Southeast Asia
area(s) of operation: maintains a presence (2018)

disputes with Malaysia over territorial waters, airspace, the price of fresh water delivered to Singapore from Malaysia, Singapore's extensive land reclamation works, bridge construction, and maritime boundaries in the Johor and Singapore Straits; in 2008, ICJ awarded sovereignty of Pedra Branca (Pulau Batu Puteh/Horsburgh Island) to Singapore, and Middle Rocks to Malaysia, but did not rule on maritime regimes, boundaries, or disposition of South Ledge; Indonesia and Singapore continue to work on finalization of their 1973 maritime boundary agreement by defining unresolved areas north of Indonesia's Batam Island; piracy remains a problem in the Malacca Strait

drug abuse limited because of aggressive law enforcement efforts, including carrying out death sentences; as a transportation and financial services hub, Singapore is vulnerable, despite strict laws and enforcement, as a venue for money laundering 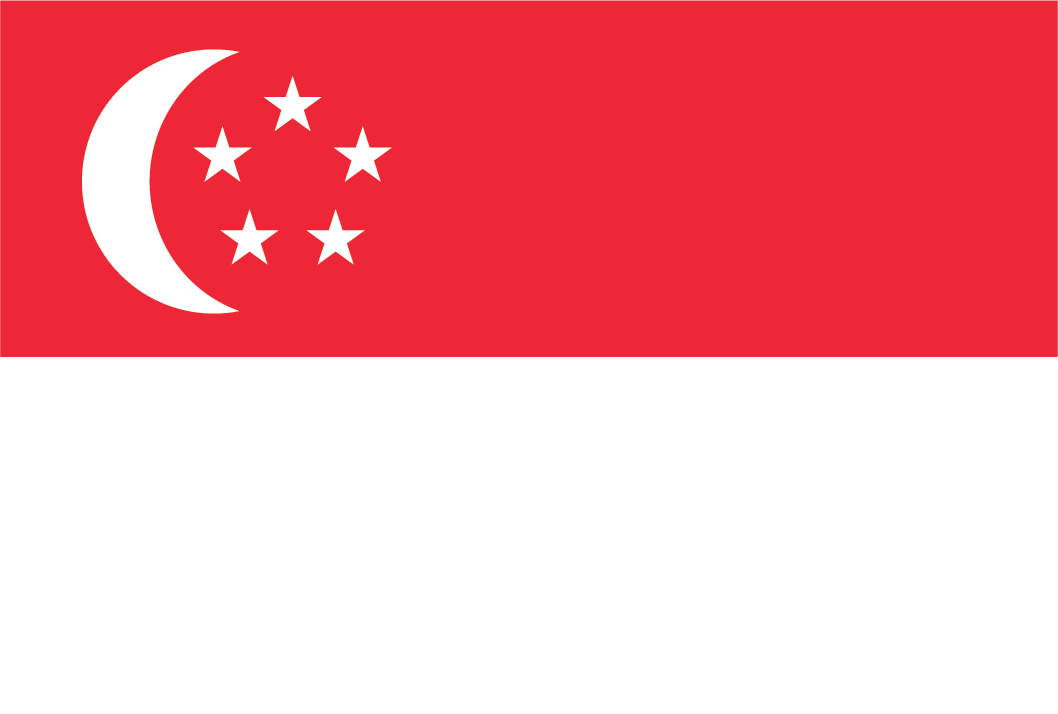 Singaporeis the Relief Central Word of the day!