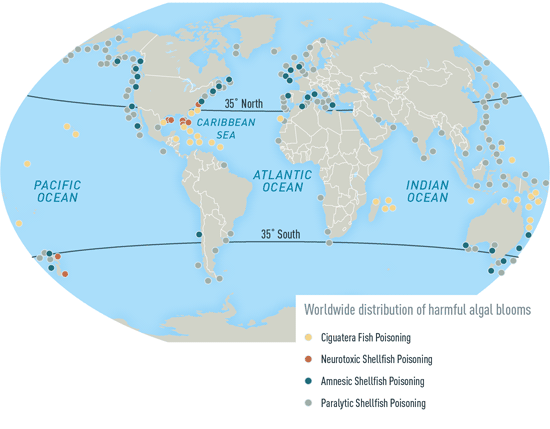 Harmful algal blooms occur widely and contribute to seafood toxicity. Risk of poisoning in humans depends on the particular seafood consumed, where it was caught or harvested, and—in some instances—the exposure of that seafood to a harmful algal bloom.